Artistic excellence, accessibility, and audience engagement make An Appalachian Summer Festival unique. Because the festival is committed to affordable ticket prices, revenues from ticket sales cover only about 43% of its annual costs. Private support from festival donors must fill the gap in order to ensure a continued commitment to both quality programming and affordable ticket pricing.

We are extraordinarily fortunate that our community embraces the arts so passionately, and that festival donors and sponsors have chosen to support An Appalachian Summer Festival so generously. This loyal annual support is the critical element in sustaining the artistic quality of the festival, enabling it to thrive for over three decades.

Corporate sponsorships are good business.  As a sponsor of An Appalachian Summer Festival, your company will realize tangible marketing benefits in return for your sponsorship investment, while supporting one of the premier arts programs in the Southeastern U.S. and positioning your company as a partner with one of the region’s most highly attended public events. Sponsorship opportunities begin at the $5,000 level, with benefits accruing as the level of sponsorship increases. Regardless of the sponsorship level you select, the festival’s staff will be pleased to work with you in creating an integrated sponsorship program designed to meet your company’s unique marketing objectives.

Our highly diverse audience of 28,000 makes us the ideal partner in reaching specific target markets. Among the benefits available to corporate sponsors include:

As with most arts patrons, festival audiences comprise an important demographic profile: our typical audience member is age 45+, upper middle income, and well educated. Festival audiences are informed consumers, who support businesses that are committed to the arts in their communities.

In recent years, the festival has experienced growth in every aspect of its operations, including ticket sales, attendance, corporate sponsorships and individual giving.

A Track Record in the Corporate Community.

In polls conducted by Blue Ridge Electric Membership Corporation, a festival sponsor for the past ten years, 97-100% of its customers surveyed have voiced support for the company’s continued sponsorship of An Appalachian Summer Festival.

Detailed below are specific benefits associated with each of the corporate sponsorship levels offered by An Appalachian Summer Festival.

$10,000 level: Sponsorship of a large-venue festival performance at the Schaefer Center for the Performing Arts (or a special event in another venue)

Sponsorship of selected performances, as part of a series

Sponsorship of selected performances, as part of a series

For more information on how your company can become involved with An Appalachian Summer Festival, please contact:

Put your business front and center of our engaged and sophisticated patrons by advertising in our Playbill,
distributed at more than 25 events in the month of July.

For more information on how your company or business can advertise with An Appalachian Summer Festival, please contact: 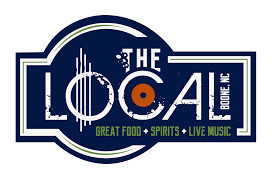 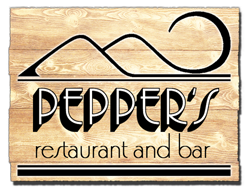 Artistic excellence, accessibility, and audience engagement make An Appalachian Summer Festival unique. Because the festival is committed to affordable ticket prices, revenues from ticket sales cover only about 43% of its annual costs. Private support from festival donors must fill the gap in order to ensure a continued commitment both quality programming and affordable ticket pricing.

Providing long-term financial security for the festival means creating a strong endowment. We need festival patrons to step forward by making a current gift, or a planned gift, to ensure the continuation of programming our audience values. Gifts may be specifically targeted to the area of programming you wish to support, and can also carry the name of the donor(s), or be designated in honor of or in memory of a friend or family member. To learn more about endowment opportunities, please call Denise Ringler at 828-262-6084, ext. 103.

Thank you to our generous 2022 supporters

Presented by Appalachian State University’s Office of Arts & Cultural Programs, this annual celebration of the performing and visual arts is held every July in venues across the university campus, and features an eclectic, diverse mix of music, dance, theatre, visual arts and film programming. An Appalachian Summer Festival began in 1984 as a chamber music series, and retains strong roots in classical music, combined with a variety of other programming geared to almost every artistic taste and preference. Celebrating its 38th season in 2022, the festival has risen in stature to become one of the nation’s most highly respected summer festivals, acclaimed for the breadth and quality of its artistic programming.

In recent years, the festival has been selected as one of the “Top 20 Events in the Southeast” by the Southeast Tourism Society. For many years, The New York Times has included An Appalachian Summer Festival in its “Summer Stages” issue, which profiles the nation’s most prominent and interesting summer arts festivals.

A strong endowment will generate critically needed annual interest income, which will enable the festival to continue maintaining the highest standards of artistic excellence, as well as a continued commitment to affordable ticket pricing. Additionally, the endowment will generate critically valuable interest income on an annual basis, which will directly support the festival’s annual programming expenses.

The commitment of the generous donors, shown below, has made it possible for the festival to reach its $5 million endowment goal, and ensures that it will survive and thrive, enriching lives of residents across our region for generations to come!

We wish to thank all of our generous donors, whose passion for the arts led them to make a commitment that has led to the fulfillment of our endowment goal.

Nancy and Neil Schaffel / Appalachian Summer Festival Programming Endowment
The Barbara and Larry Freiman Endowment, given in memory of Larry Freiman by Barbara, their children and grandchildren
Christine Petti (in memory of Dr. A.F. Petti)
Lainey and Steven Brooks
Joan and Albert Benbasat

WITH SPECIAL THANKS TO OUR LEAD DONORS

Nancy Schaffel’s parents, Arnold and Muriel Rosen, were festival founders who worked with university administrators in the early 1980s to establish An Appalachian Summer Festival. Nancy and Neil have “carried the torch” for the festival ever since, and have established two major endowment funds to date — one of which supports the festival’s classical music programming, with the most recent gift focused on general program support, and framed as a $1 million challenge that “matches” gifts from other festival donors. The Schaffels are passionate about the festival’s mission and ensuring that it continues in perpetuity. They also support the annual Rosen-Schaffel Competition for Young and Emerging Artists, a source of pride for the festival over the past 10 years.

Barbara Freiman, a long-standing festival supporter and a deeply admired member of the arts community in both Watauga and Caldwell counties, has joined with members of her family to donate more than $1 million to the endowment fund. These commitments have enabled the festival to reach its ultimate fundraising target of $5 million. Made in memory of Barbara’s husband, Larry, these gifts by Barbara, their children and grandchildren represent the family’s desire to ensure arts access and quality of life for our entire region. Barbara and her family members made a comparable gift to the University Libraries. She has served as a valued advisory board member for both the University Libraries and An Appalachian Summer Festival.

In October of 2020, the challenge campaign received a major boost, when festival supporter Christine Petti stepped forward with a pledge of $500,000 to be applied toward the endowment challenge. Chris is a Florida native who came to the High Country in 1979 with her late husband, Dr. Alfonso Petti. Over the past 40 years she has become involved with Appalachian State and a variety of community organizations across the High Country. Chris’s spirit of philanthropy in the fields of healthcare and the arts has made a profound difference in the lives of residents across our region and beyond.

The following endowments have been established in support of An Appalachian Summer Festival and other cultural programs at Appalachian State University. Each of these endowments generates significant income each year, which supports the festival’s annual operations or donor-designated programs. We acknowledge with deep gratitude the individuals and organizations listed below for establishing these legacies of vision and generosity.

The Muriel and Arnold Rosen Endowment for the Arts

The Bob and Lillian Turchin Endowment for the Arts

The Satie Hunt Broyhill Endowment for the Performing Arts

The Halpert Endowment for the Visual Arts

The Mast Store Heritage Endowment for An Appalachian Summer Festival

The Friedman Family Endowment for An Appalachian Summer Festival