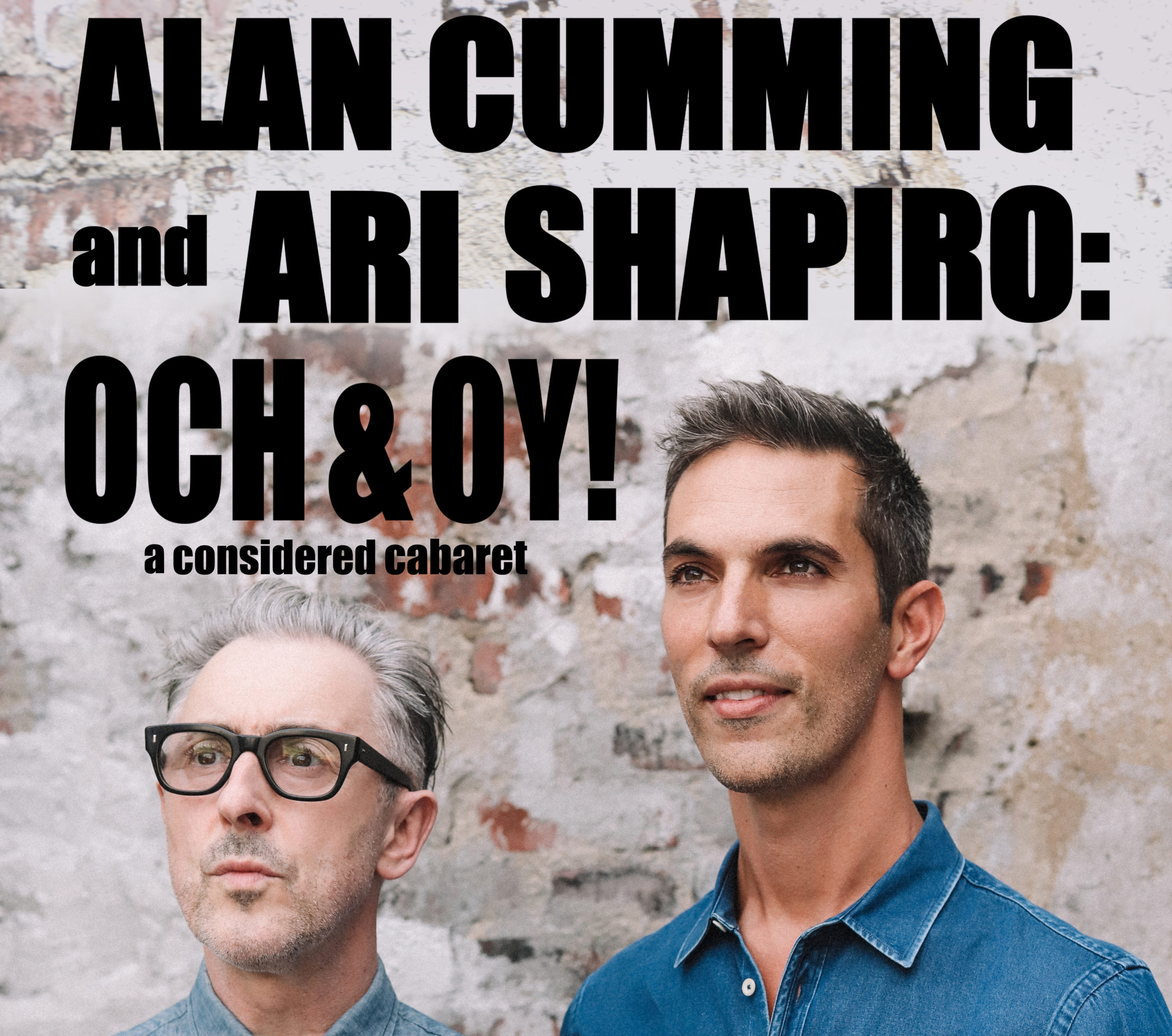 All ticket purchases will be refunded. The Box Office will contact all ticket holders on Monday, July 26.
We love you all and appreciate your understanding.

Shapiro added, “When Alan first suggested that we create a show together, I didn’t quite believe him. Then as we started to dig in to this collaboration, I realized how much our professional lives actually complement each other. We’re both storytellers who try to help audiences better understand themselves and the world around them. This show lets us explore those shared ideals on stage together, through stories and songs.”

He has received over 40 awards for his humanitarianism and social activism, three honorary doctorates, both the Great Scot and Icon of Scotland awards from his homeland, and was made an OBE (Officer of the British Empire) for his contributions to the arts and LBGT equality by the Queen, whose portrait was taken down when his was unveiled at the Scottish National Portrait Gallery in 2014.

Ari Shapiro is the award-winning co-host of NPR’s “All Things Considered,” the most listened-to radio news program in the United States. As a journalist, he has reported from above the Arctic Circle and aboard Air Force One. He has covered wars in Iraq, Ukraine, and Israel, and he has filed stories from dozens of countries and most of the 50 states. Before joining the “All Things Considered” host team in 2015, he was NPR’s international correspondent based in London. Shapiro joined NPR’s international desk after four years as White House Correspondent during the Obama presidency. In 2012, he embedded with the presidential campaign of Republican Mitt Romney. He was NPR’s Justice Correspondent for five years during the George W. Bush administration.

Ari is also a frequent guest singer with the “little orchestra” Pink Martini, from his hometown of Portland, Oregon. He has contributed songs to four of the band’s albums, singing in several languages, and joined them on stage with some of the world’s leading symphony orchestras. Since his 2009 debut at the Hollywood Bowl, he has performed in many of the world’s most storied venues, including The Royal Albert Hall in London, L’Olympia in Paris, and Carnegie Hall in New York. He has shared a stage with both Chita and Rita (Rivera and Moreno), among many others. He was featured in the American debut of the play Request Concert at the Brooklyn Academy of Music. He was also a guest singer in the Washington Ballet’s original production of The Sun Also Rises and a soloist at the Kennedy Center with the Washington Chorus in Igor Stravinsky’s Oedipus Rex. In 2016, Ari debuted his original one-man show, Homeward, and has since performed it around the US.