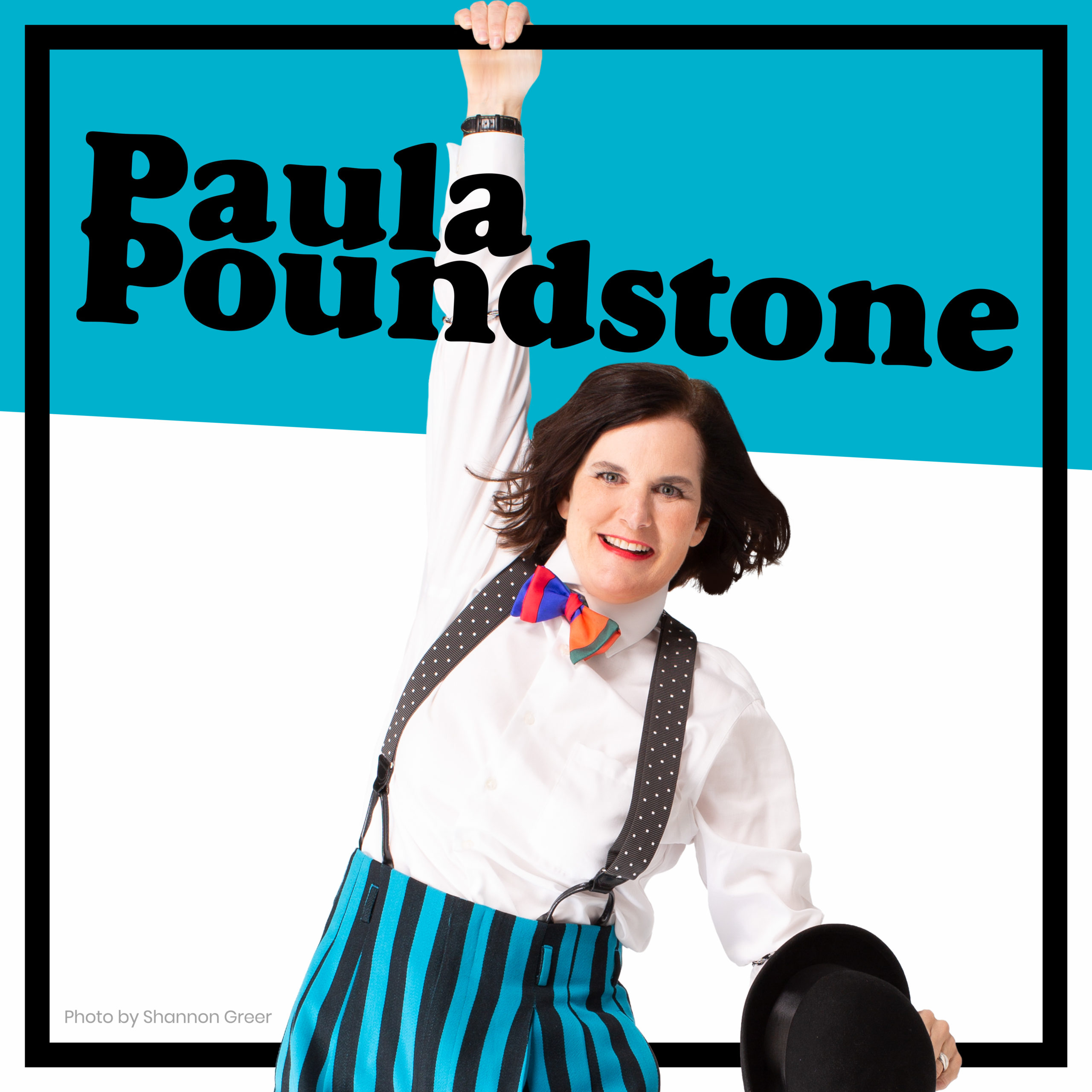 Paula Poundstone is known for her smart, observational humor and a spontaneous wit that has become the stuff of legend. Time magazine listed Paula’s HBO special, Cats, Cops and Stuff, as one of The 5 Funniest Stand-Up Specials Ever. She was the first woman, in its then 73rd year, to share the dais with the President and perform standup at the White House Correspondents’ Dinner. She was the first woman, in its then fifth year, to win the CableACE award for Best Stand-up Comedy Special. Her second book, The Totally Unscientific Study of the Search for Human Happiness, was one of eight semi-finalists for the Thurber Prize for American Humor, the highest recognition of the art of humor writing in the United States. The audio book was one of five finalists for the Audio Book of the Year AUDIE award.

Paula continues as a panelist on NPR’s Wait Wait…Don’t Tell Me! She is recognized in innumerable lists, documentaries and literary compendiums noting influential standup comedians of our time.

LOCATIONS:
Schaefer Center for the Performing Arts – Limited in-person seating available for live indoor performance. Due to social distancing requirements, seats are grouped primarily in groups of two to six. Please call the box office for special seating requests.
Livestream – a private link to access the event will be emailed to all registrants one hour prior to event. This event is a one-time stream, available only at the time of the scheduled event.