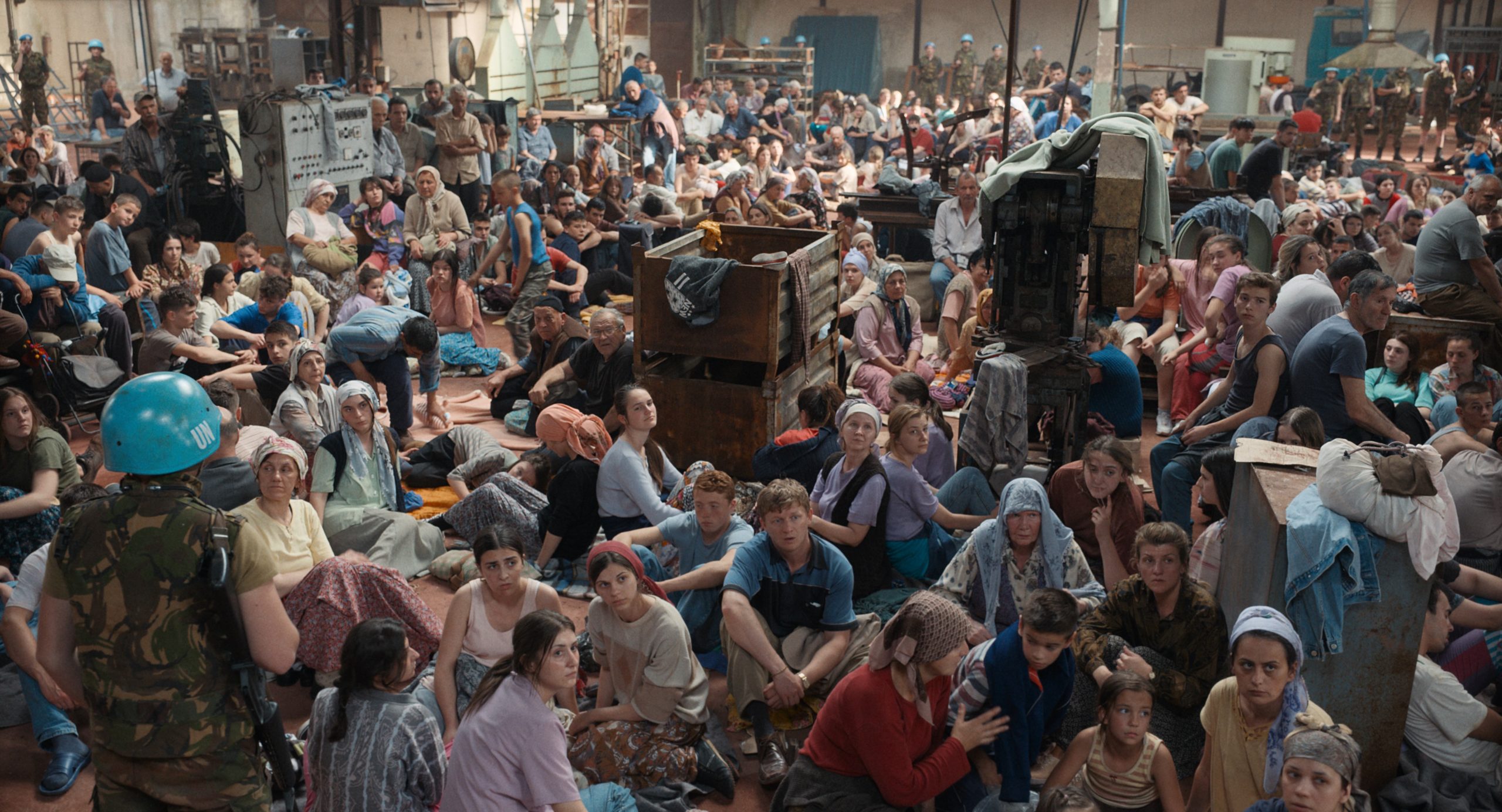 On July 11, 1995, the Serbian Army, under the command of Gen. Ratko Mladic, overran the town of Srebrenica, which had been declared a safe haven by the United Nations. Along with thousands of other helpless Muslim civilians, Aida, a local teacher and translator for the UN seeks refuge for her family at a UN camp led by Dutch soldiers. As an insider to the negotiations between the UN forces and General Mladic’s troops, Aida must find a way to save her husband and two young sons from one of the worst atrocities of the ethnic wars that forever changed the former country of Yugoslavia.

ENGAGE WITH FILM CURATOR JOHN PFEIFER
1. Read his Quo Vadis, Aida? lecture HERE.
2. Read about this year’s theme, Human Migration Stories from Around the World, in his essay HERE.
3. Q&A with Dr. Pfeifer: If you have questions or comments after viewing The Road to Mandalay, submit them HERE and Dr. Pfeifer will be happy to respond. His responses will be posted within the document.

Other films in the series include:
The Road to Mandalay
Transit
Complicity

LOCATIONS:
Virtual stream: A private link to access the film will be emailed to registrants one hour prior to the event time. The link will be valid for 24 hours, expiring on July 8 at 7pm.

If you have questions or comments after viewing QUO VADIS, AIDA?, please submit them HERE and Dr. Pfeifer will be happy to respond. Select questions and answers will be posted directly to this event page. “This film is about a woman caught in a male game of war. It is about courage, love and resilience — and also about what happens if we fail to react on time to warning signs. I survived the war in Bosnia. One day you have everything, and the other day most of the things you know no longer exist. Just because we deem certain things unimaginable, doesn’t mean they cannot happen.” —Jasmila Žbanić

Born in Sarajevo on Dec. 19, 1974, Jasmila is a graduate of the Academy of Dramatic Arts, Theatre and Film Directing Department. Before filmmaking, she also worked as a puppeteer in the Vermont-based Bread and Puppet Theater, and as a clown in a Lee Delong workshop. Her feature debut, Grbavica, won the 2006 Berlinale Golden Bear (as well as the Prize of the Ecumenical Jury and the Peace Prize). On the Path, her second feature film, premiered at the 2010 Berlinale in Competition. Her third feature, For Those Who Can Tell No Tales, made its world premiere at the Toronto Film Festival. All her films were produced through Deblokada, an artists’ association that she founded.

“Jasmila Zbanic’s Quo Vadis, Aida? is a razor-sharp incrimination of failed foreign policies from around the world embedded in a deeply humanist and moving character study of the kind of person that these policies leave behind.” —Roger Ebert.com

“It’s true that time passes, that memory fades, that history is a record of mercy as well as of savagery. But it’s also true — as this unforgettable film insists — that loss is permanent and unanswerable.” —NY Times (NYT Critic’s Pick – A.O. Scott)

“An Oscar nominee for best international picture, the film set in Bosnia in 1995 combines the intensity of a thriller with the force of tragic drama. . . Life goes on, says Quo Vadis, Aida?, but you must never, ever forget. After seeing this movie, you won’t.” —Boston Globe

“After 25 years, the time has come to look again at the horror of Srebrenica, and Žbanić has done this with clear-eyed compassion and candor” —The Guardian