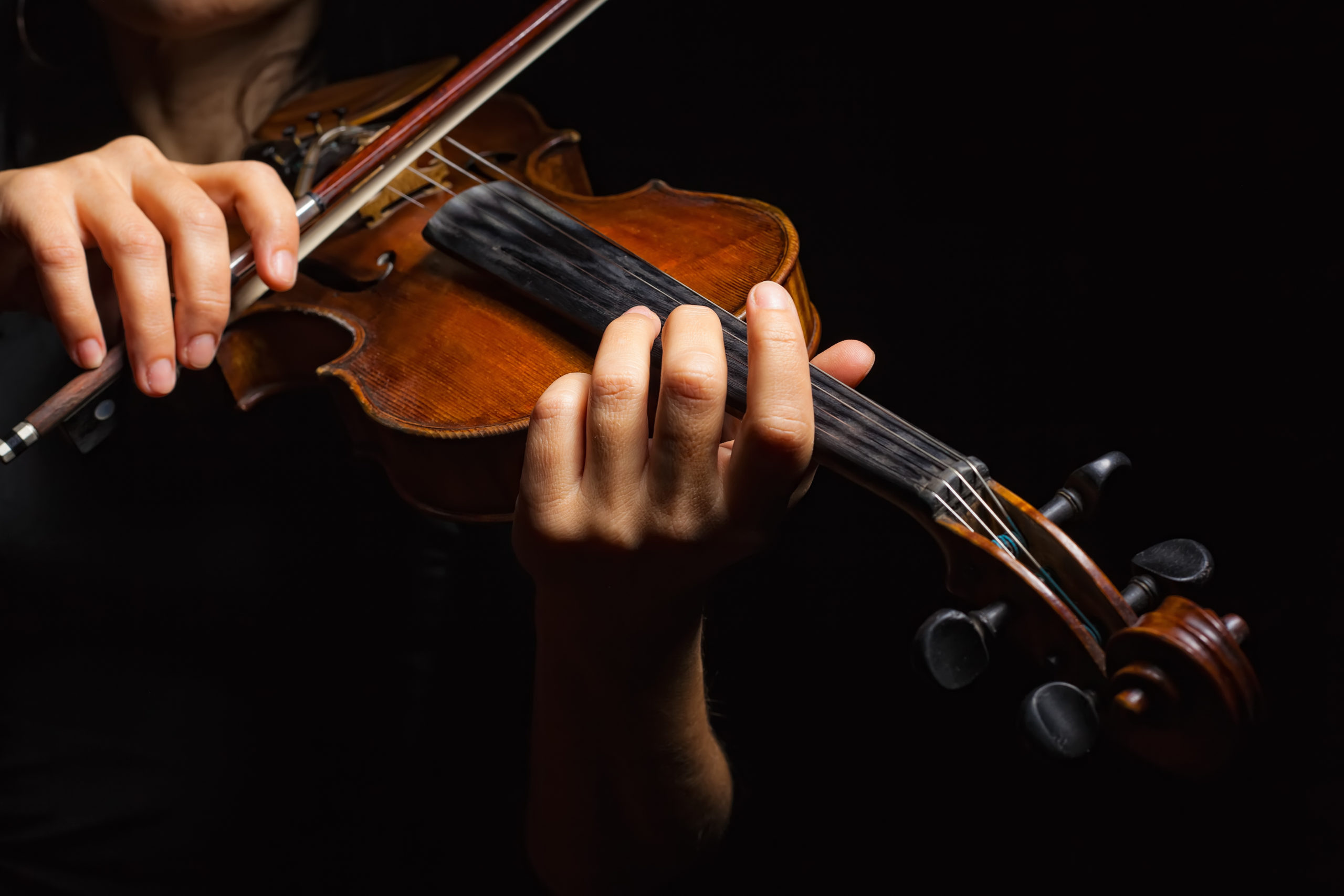 The 2023 Competition will be held during the 2023 season of An Appalachian Summer Festival on July 1 from 2-5pm in Rosen Concert Hall at the Broyhill Music Center (813 Rivers Street, Boone, NC), on the campus of Appalachian State University.

Finalists will be selected by a panel of jurors during the preliminary round in the spring of 2023.

FIRST PLACE WINNER will receive a cash prize of $2,500, as well as an invitation to perform during the Festival season following the competition. A First Place Winner is not eligible to return for future competitions.

SECOND PLACE WINNER will receive a cash prize of $2,000. Should the First Place Winner be unable to perform during the following Festival season, the Second Place Winner will be invited to fulfill this engagement.

THIRD PLACE WINNER will receive a cash prize of $1,500.

AUDIENCE CHOICE AWARD WINNER will receive a cash prize of $1,000.

ALL OTHER FINALISTS will receive a cash prize of $500.

Please note: All prizewinners must complete appropriate IRS (Internal Revenue Service) forms to receive disbursement of prize monies. Payments of $1,500 or more may be subject to North Carolina or Federal withholding.

Prize Award eligibility is conditional upon authorization for employment in the United States, or otherwise eligible to receive payment under state and federal laws.

A panel of distinguished musicians, conductors, and collegiate educators will serve as jurors for the preliminary round. Based on recordings submitted, jurors will select the overall top six (6) applicants via a blind adjudication process to compete at a public event held as part of An Appalachian Summer Festival’s 2023 season. In the event that one of the finalists selected cannot compete in the final round, two (2) alternates will be named.

In the final live round of the competition, a panel of prominent symphony conductors will select a First Place, Second Place and Third Place Winner. The decision of the judges is final. In addition, the competition audience will select an “Audience Choice Award Winner.” 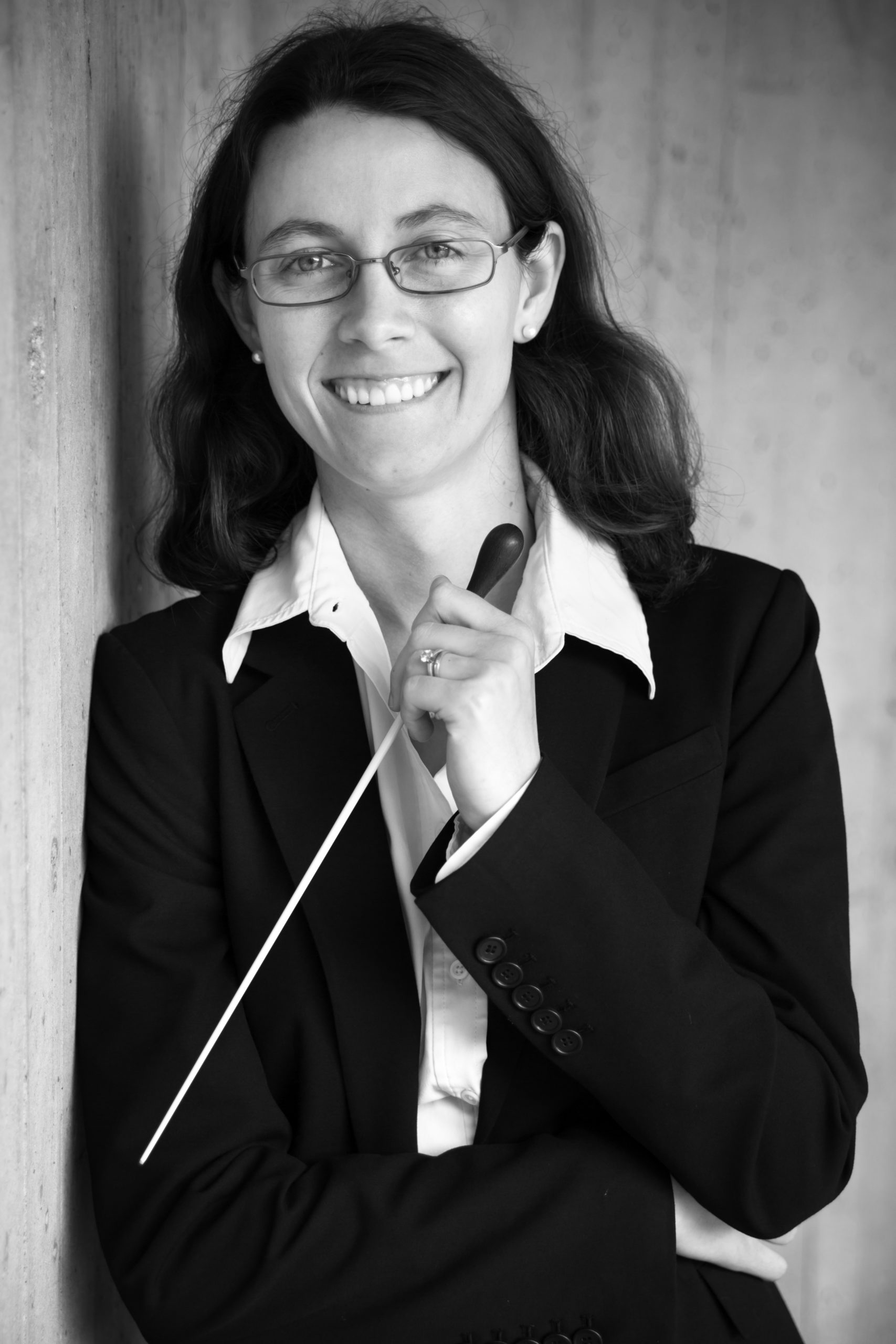 ALEXANDRA DEE is the newly appointed Director of Orchestral Activities in the Hayes School of Music at Appalachian State University. Her previous positions include Director of Orchestral Studies and assistant professor of violin and viola at Indiana University of Pennsylvania, and Director of Orchestral Activities at the University of St. Francis in Joliet, Illinois. Outside of academia, she was music director and conductor of Chicago’s South Loop Symphony Orchestra and a cover conductor for the Joffrey Ballet, with whom she debuted in 2017, leading an opening week of performances with the Chicago Philharmonic on one day’s notice. In summer 2017 she was invited to conduct at the Peninsula Music Festival (Door County, Wisconsin) as an Emerging Conductor. Also at home in the opera pit, Dee has had multiple engagements with Manitoba Underground Opera (Winnipeg), Northwestern University Opera Theater, and the IUP Music Department’s Main Stage Productions.

Dee completed her doctoral studies in orchestral conducting at Northwestern University’s Bienen School of Music, where she studied with Victor Yampolsky. She is also an alumna of the Florida State University College of Music, where she completed both a Master of Music degree in Orchestral Conducting and a Bachelor of Music Education degree. While at FSU, Dee studied conducting with Alexander Jiménez, choral conducting with André Thomas, and violin with Corinne Stillwell. Her conducting positions at FSU included founding music director and conductor of the Campus Orchestra, a string orchestra geared toward non-music majors from across the university community.

In addition to her formal studies, Dee has attended conducting workshops and festivals at such institutions as the Pierre Monteux School for Conductors and Orchestral Musicians, the Cabrillo Festival of Contemporary Music, the Royal Northern College of Music, and the Orkney Conductors’ Course, where she conducted the Scottish Chamber Orchestra. A consistent advocate for contemporary music, Dee has performed and premiered numerous works by living composers. In particular, she is a vigorous champion of the works of her husband, composer Roger Zare.

2021/2022 marks Maestro Robert Moody’s sixth season as Music Director of the Memphis Symphony Orchestra. Expanded and adventurous programming, expanded collaboration with multiple arts organizations in the mid-South, commission of several new works for the orchestra, the MSO’s first commercial recording in over three decades, and a new $25 million endowment are but some of the many achievements made under his direction.

Moody is also Music Director of the lauded Arizona Musicfest, boasting one of the finest festival orchestras in North America. Players hail from the top orchestras in the world, including the Vienna and New York Philharmonics, Philadelphia and Cleveland orchestras, Atlanta, Boston, Chicago, Dallas, Houston, Memphis, Seattle, and San Francisco symphonies, Los Angeles Philharmonic, and the San Francisco and Metropolitan Opera orchestras.

Moody recently guest conducted the three major orchestras of South Africa in Durban, Johannesburg, and Cape Town; he was immediately invited to return for more concerts with all three in the summer of 2020. Other guest conducting this season includes the orchestras of Bogota, Colombia; Aachen and Erfurt, Germany; The Sacramento Philharmonic and Pacific Symphony in California; and a return to the Sewanee Music Festival in the mountains of Tennessee.

Equally at home in the opera pit, Moody began his career as apprentice conductor for the Landestheater Opera in Linz, Austria. He conducted for the opera companies of Santa Fe, Brevard Music Center, and Hilton Head Opera. He also assisted on a production of Verdi Otello at the Metropolitan Opera (NY), conducted by Valery Gergiev, and at The English National Opera, where he was Assistant Conductor for Kurt Weill’s Street Scene. He made his Washington National Opera and North Carolina Opera debuts in 2014, and conducted Bartok Bluebeard’s Castle, Leoncavallo’s I Pagliacci, and Poulenc’s Dialogues of the Carmelites in the seasons following. Debuts to rave reviews with Brevard Music Center for Weill’s Street Scene, Opera Carolina for Mozart’s Le Nozze di Figaro, and Des Moines Metro Opera for Strauss’ Die Fledermaus came in 2017 and 2018. He makes his debut with Opera Memphis in performances of Mozart’s Cosi fan tutte in 2022.

Moody is a champion of the works of his close friend Mason Bates, now Composer-in-Residence with the Kennedy Center for the Performing Arts, and prior in the same role with the Chicago Symphony. Moody commissioned/conducted Bates’ first full orchestra composition, and has been instrumental in the commission and premiere performances of several of Bates’ important major works for orchestra, including “Ode,” “Rusty Air in Carolina,” and “Desert Transport.”

Moody’s work can be heard on several commercially released recordings. He collaborated with the Canadian Brass for their Bach and Legends albums. He is also the conductor for Native American artist R. Carlos Nakai’s Fourth World album. In 2015, he was honored to conduct the Cancer Blows gala concert with Ryan Anthony, members of the Dallas Symphony, and a host of trumpet luminaries, to aid the fight against multiple myloma. CD and DVD recordings of that live concert are also commercially available. Fall of 2019 will see the release of Memphis Symphony Orchestra’s first commercial recording in several decades. The works are Jim Stephenson’s “Concerto for Hope,” featuring Ryan Anthony, and “Song of Hope” by Peter Meechan, featuring Ryan Anthony and Scott Moore.

A South Carolina native, Moody holds degrees from Furman University and the Eastman School of Music, where he studied with Donald Neuen. He is a member of the Rotary Club of Memphis and serves/has served on the boards of AIDS Care Services, Winston-Salem YMCA, WDAV radio, and the Charlotte Master Chorale. Maestro Moody is an avid runner, swimmer, and snow skier.

Internationally recognized for his moving performances, innovative programming and extensive catalogue of recordings, American conductor Gerard Schwarz serves as Music Director of the All-Star Orchestra, Eastern Music Festival (now in his 18th year), Palm Beach Symphony, and Mozart Orchestra of New York, and is Conductor Laureate of the Seattle Symphony and Conductor Emeritus of the Mostly Mozart Festival. He holds the position of Distinguished Professor of Music; Conducting and Orchestral Studies of the Frost School of Music at the University of Miami; and Music Director of the Frost Symphony Orchestra. Schwarz is a renowned interpreter of 19th century German, Austrian, and Russian repertoire, in addition to his noted work with contemporary American composers.

Eastern Music Festival in North Carolina is among the country’s most important summer educational institutions, bringing together world-renowned artists and exceptionally gifted young musicians from across the United States and beyond.