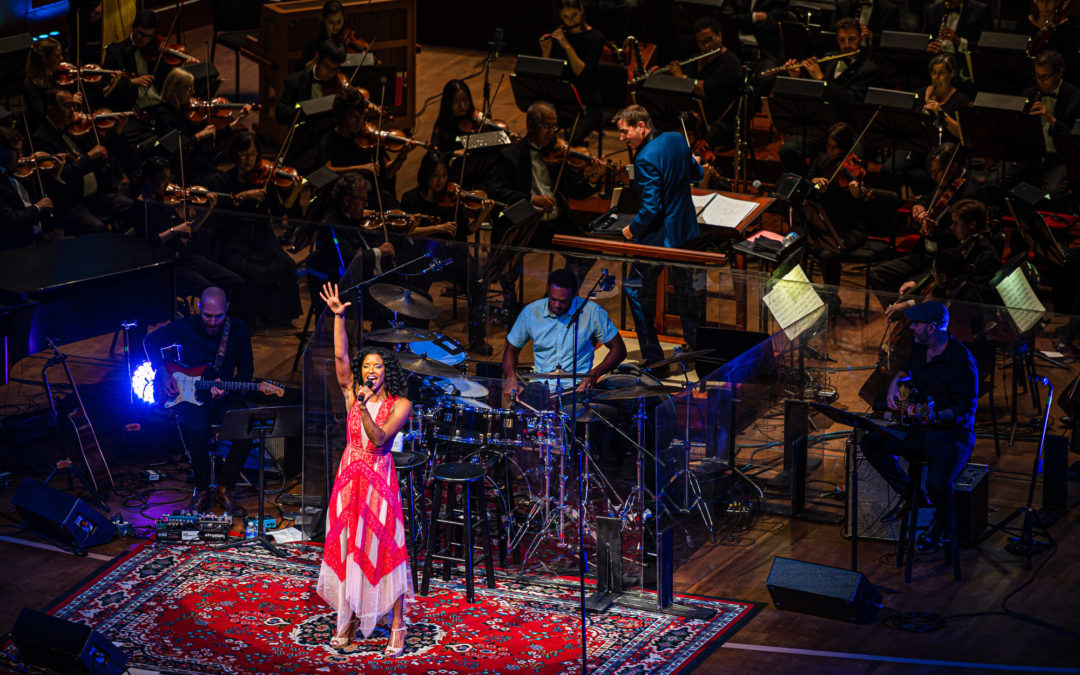 The Mountain Times
by Derek Halsey 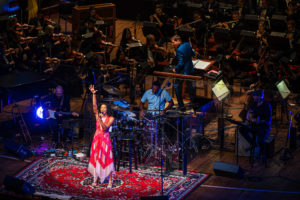 BOONE — By all measures, due to hard work, perseverance and an opportunity that popped up at just the right time, actress and singer Renée Elise Goldsberry has made it in the worlds of stage and screen.

For many entertainers, especially on Broadway, you are lucky if you are associated with one hit show during your career, as that well-earned notoriety can carry you throughout your performing life. In the case of Goldsberry, however, she has virtually run the table in recent years with appearances in multiple hit shows.

Goldsberry performed in the original Broadway run of “The Color Purple,” she inhabited the role of Nala in the hit Disney production of “The Lion King,” and she portrayed the character Mimi in the very popular show called “Rent,” which ran on Broadway for over a decade.

Goldsberry is perhaps best known, however, for her original cast role as Angelica Schuyler in the enormous Broadway success known as “Hamilton.”

While the shows “The Color Purple, “The Lion King” and “Rent” all have their passionate followers “Hamilton” became a modern-day theater phenomenon. Goldsberry’s performance in the musical resulted in a Tony Award, a Grammy Award for the soundtrack, a Drama Desk award and the Lucille Lortel Award.

On Saturday, July 16, Goldsberry is following up on all of that success by presenting her own show at the Schaefer Center for the Performing Arts at 8 p.m. A presentation by the App Summer Series, tickets range from $50 for adults to $25 for students. More information can be found at appsummer.org.

There are thousands of actors and actresses who seek out a career in the theater after attending a school for the creative arts, after building up a reputation in Summer Stock productions or after graduating with a degree in Theatre Studies at a university. That makes the theater world and the movie, TV and music industries very competitive.

As for Goldsberry, she first headed to California to make her mark in the entertainment business yet almost gave up on her dreams as time went on.

“I grew up in Houston, Texas, and I love the South,” said Goldsberry. “I have been auditioning for musicals since I was eight years old and I just really fell in love with it as a child. Later on, when I was older, I was living in Los Angeles where I had a lot of singing and acting jobs. I did pretty much anything that I thought could move me forward and that felt honest and was something I could tell my parents about. I did a show called Ally McBeal on television and I was in a movie called “All About You” in 2001. I also had a band and I sang and wrote songs. So, I did the same things that I do now, just at a different level. On “Ally McBeal,” I sang backup on that show so I was in close proximity to a lot of very talented people who were blowing up with stardom, and it was wonderful to watch them navigate through the world of entertainment, and it was very helpful when it came to my own career, even now.”

Goldsberry’s shot at fame almost didn’t happen, however, until fate stepped in. A phone call changed everything and soon she was traveling 2,700 miles from LA to New York City.

“The folks with ‘The Lion King’ had auditioned me a few times in Los Angeles and as soon as I got engaged and was ready to pack it up and be a wife, I got a call asking me to star on Broadway in New York City,” said Goldsberry. “That is what brought me here almost 20 years ago, and I’m still here. Right before that call happened, I was able to cobble together enough money to pay my rent just by singing and acting in LA. It was a bit of a challenge at times, but I was able to do it by the grace of God. I did gigs in clubs and did small parts in TV shows. I also sang backup for other artists and I would record music for the Disney theme parks. I did an assortment of things.”

Goldsberry is a firm believer in being prepared and perfecting your craft at all times so you will be ready in case that big opportunity knocks on your door.

Once Goldsberry was performing in “The Lion King” her talent showed through. “Rent’ and “The Color Purple” followed and she was on her way. When the musical “Hamilton” blew up, however, the response was overwhelming as the show changed Broadway in a lot of ways.

“People talk about those other plays all of the time, but ‘Hamilton’ definitely got the most attention,” said Goldsberry. “But, for sure, ‘The Lion King’ isn’t going anywhere because you have to bring your kids to see ‘The Lion King.’ It is timeless and it’s universal and there is always going to be new kids and they are always going to want to go see it. What happened with ‘Hamilton’ is that new generations of people will also embrace it in the same way people do today. When you tell people what ‘Hamilton’ is, as in a show about Alexander Hamilton who is a person that a lot of people have never heard of who don’t know their history, and that the story is going to be told by this assortment of people with a lot of different kinds of music with the main one being rap music; I don’t think anybody was thinking it was going to work. The beauty is that it shocked us all.”

Work it did as “Hamilton” created by Lin-Manel Miranda, is still as popular as ever. At the outset, while Goldsberry was a bit unsure about “Hamilton,” she remembered seeing Miranda’s previous play In “The Heights” and realized how brilliant both the play and Miranda would be and jumped onboard with this new, unique and counter-intuitive musical.

The cool thing about winning multiple awards and being in multiple hit musicals as Goldsberry has done is being able to do what she is about to do in the Schaefer Center in Boone on Saturday, and that is create a show based on her own creativity.

“Being in ‘Hamilton’ has given me the opportunity to travel the country with the best band I have ever had in my life,” said Goldsberry. “It is daunting to venture into this space as just myself when I have played so many characters that have been larger than life. But when you come to see my show, my goal is to bond with the audience as myself and it has been a joy to do. The first half of the show will be songs that you know and love that has nothing to do with my career. I do a lot of soulful music and inspirational music, pop and classic songs that people love and that feel really good. We do the best of the best of many genres of music, and then in the second half, we find ourselves right at home in the end with music from ‘The Lion King,’ ‘Rent’ and ‘Hamilton,’ singing the songs that people came to hear. By the time we’re done, we will all feel like family.”