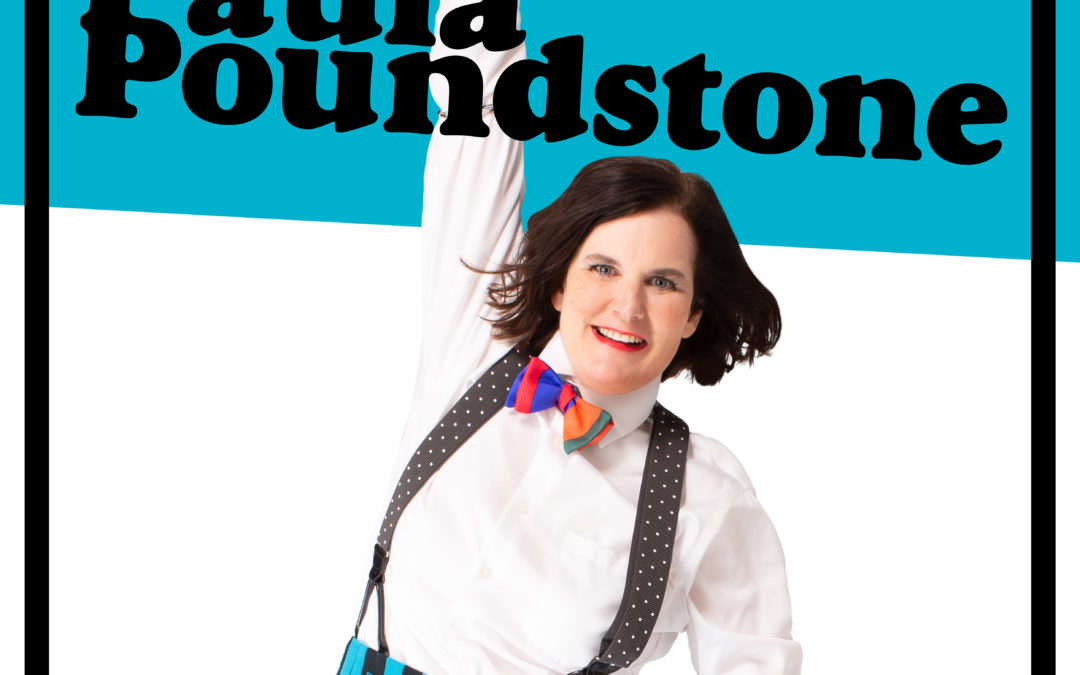 Now that real summer is upon us, it’s time to escape the Piedmont’s soaring temperatures at An Appalachian Summer Festival at Appalachian State University in Boone.

This year, you can attend in person or watch from home as An App Summ Fest presents a month-long whirlwind of music, dance, theatre, visual arts, and film programming July 2-31.

Visual arts and comedy take center stage on opening weekend to welcome the return of audiences (in socially distanced seating configurations) with a celebration of new Turchin Center exhibitions and a performance by comedian Paula Poundstone.

Exceptional visual art and music by The Mercury Dames will open An Appalachian Summer Festival on Friday.

The opening day event – 6-9 p.m. Friday, July 2, will be a Summer Exhibition Celebration at the Turchin Center for the Visual Arts, 423 W. King St., Boone.

You can experience diverse artwork by nationally and internationally renowned artists and listen to music by The Mercury Dames.

The event is free, but registration is required here . Covid-19 protocols and procedures will be in place.

Then on Saturday, July 3, at 5 and 8 p.m., you can laugh your elbow off with humorist, author, and comedian Paula Poundstone at the Schaefer Center for the Performing Arts, 733 Rivers St., Boone, and online.

Poundstone is known for her clever, observational humor and spontaneous wit. Poundstone continues as a panelist on NPR’s “Wait Wait…Don’t Tell Me!,” and is recognized in innumerable lists, documentaries, and literary compendiums noting influential stand-up comedians of our time.

She can be heard weekly as the host of the comedy podcast “Nobody Listens to Paula Poundstone.” She has voiced several animated characters, including “Forgetter Paula” in the Academy Award-winning feature film “Inside Out,” has appeared on numerous TV shows, including The Late Show with Stephen Colbert, and has filed commentaries for CBS Sunday Morning.

Poundstone’s July 3 performance marks the first live and in-person App Summ Fest event since the Punch Brothers took the Schaefer Center stage on Aug. 1, 2019. And she is looking forward to sloughing off the existential Zoom-induced pains that have tormented citizens of the world since March of 2020.

When Artzenstuff caught up with Poundstone by phone at her home in Santa Monica, California, she was surrounded, as usual, by cats.

“They come over to get petted more when I sit on the floor,” she said. “I have 10. I just got two more kittens.” So it was no joke when Time magazine listed her HBO special, “Cats, Cops and Stuff,” as one of The 5 Funniest Stand-Up Specials Ever.

Poundstone said that she learned to adapt to new ways of delivering comedy during the pandemic.

“I wasn’t able to make ends meet, but I’ve been able to get them closer together,” she said. “Normally, I work in theaters on weekends,”

When that kind of work came to a screeching halt, she still felt grateful.

“In the darkest days, I remained one of the most fortunately people in the country,” she said. “Before the pandemic, I didn’t notice the price of cat food or gas, but that changed.

“The good news is I had a podcast in place – podcasting is like panning for gold; it can take a long time to even get in the black – and we did reach that point during the pandemic,” she said. “For a number of months, I did a mini-podcast – ‘The French Trump Presidential Press Conference.’ I had friends who played reporters. It was part of my healing process. It was painful to have to watch him. I had a four-year stomach ache.”

Now, she said, barring the COVID variants knocking us off our horses, “I’m trying to go back out. I’ll continue my podcast, ‘Nobody Listens to Paula Poundstone.’ It’s the funniest, most healing show that I can possibly do. I do believe that laughter is part of that healing that we have to do.

“I had a woman on to talk about vermiculture. So I started a worm bin, and I’m planning on selling the castings. After all these years of taking care of emptying litter boxes of animal wastes, I finally have some that will profit me.”

Poundstone said that while growing up she went through phases of wanting to be this and that, and that her comedy influences included Carol Burnett, Mary Tyler Moore, Lucille Ball, and women on “Saturday Night Live” like Gilda Radner, and, of course, Lily Tomlin, who performed at App Summ Fest in 2019.

Being funny has taken Poundstone both to the depths of people’s hearts and to the heights of society.

“For many years, I’d do meet-and-greets after a show – hug, handshake, photo – and on many occasions – people will say things like ‘My son died a year ago, and this is the first time I have left the house, and I laughed for hours.'”

The heights include validation from her comic heroes.

“I did fundraiser and a tribute to Lily Tomlin,” she said. “At some point, I was on stage at a mic, and Lily was sitting on a stool behind me. I was tributing her – in jokes of course, and Lily was roaring with laughter.”

Poundstone was the first person to do backstage coverage at the Emmys.

“The idea came from my manager. … It was just joyous. I didn’t do anything scripted. I went to a rehearsal – but it was really to figure out where to stand – I can’t tell time on stage so they had a stagehand who would crawl across the stage and tug on my pant leg.”

That night, she said, everybody was having so much fun that they called off the stagehand, and the producer said, “Let her go!”

“Every night something fun happens,” she said.

And she’s better informed that one might think from listening to her hilariously baffled performances on “Wait Wait…Don’t Tell Me!”

“I’ve been watching the news hour every night for 40 years,” she said.

She has some advice for artists, too.

“Do what’s in your heart. It’s the key to the whole thing. There’s more than one reason to do any kind of art. You feel so great when you hit that right note. You feel it through your whole body,” she said. “In negative times, you’ve got to split the difference, but I believe if you do what in your heart, it will take you a long way.”

All events this season, with the exception of Jason Isbell and the 400 Unit, will be performed without an intermission. Concessions will not be offered at events taking place at the Schaefer Center, but will be for sale at other venues. The Cardinal, Village Inn Pizza, and Farmer’s Wife Fried Pies food trucks will be at all State Farm Road Concert Lot events, as well as beverage tents (beer, wine, soda and water), and apparel and merchandise tents (for both App Summer and the performing artists).

With ticket prices ranging from $5-$100, as well as several free events, the festival offers unique opportunities for residents and visitors to create arts experiences suited to their individual artistic tastes and budgets. To buy tickets or to register for virtual events, visit or call the Schaefer Center box office at 800-841-2787 or 828-262-4046, or AppSummer.org . Registration is required for all streamed events except the chamber music concerts supported by The Violin Channel.